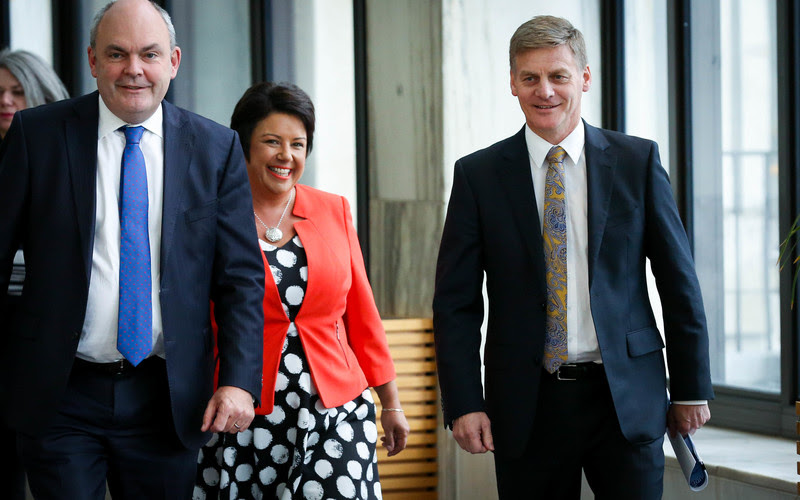 I see there's been a smattering of discussion at Public Address on (amongst other things) leadership succession in a post-Key National Party.

Here are the findings of Public Pollsters over the last 5 years.


(Note: Only One News Colmar Brunton provide Don't Know figures. With the other polls, I'm reluctant to simply subtract the aggregate potential leader figures from 100% to reach a Don't Know figure because I can't be sure there weren't other Nat politicians receiving smaller shares of support who were excluded from the tables in the respective poll reports)


Joyce's stocks appear to have taken a bit of a tumble (albeit in the context of a long-term roller-coaster ride), Bennett's nowhere near as popular as many pundits seem to assume, nor is Bridges. Collins and Brownlee were contenders back in 2011, but the Oravida (May 2014) and Dirty Politics (August 2014) scandals pretty much did for the reputation of the former while the latter's gone completely off the radar. That leaves Wild Bill English as the perpetual frontrunner. Interesting, given his unpopularity back in the early Zeros, leading National to its historic low of 21% at the 2002 General Election. The Finance Minister and Deputy PM appears to have rehabilitated his reputation as a future leader. Bear in mind, though, that less than a third of respondents choose English (there's always a significant Don't Know factor) and, if the Sep 2014 Colmar Brunton is anything to go by, less than a quarter of non-National Party supporters favour him. .


The Sep 2014 Colmar Brunton supplies not only Entire Sample figures (Total) but also the breakdown specifically for National Party supporters (National). They've also provided enough detail to allow me to calculate potential leader figures among the supporters of all parties other than National (Other Parties). This segment (making up roughly half of all respondents) is dominated by Opposition party supporters but also includes those voting for the Conservatives, the minor parties of Government and the Undecideds.